Gender pay-gaps have been exposed. Women are assuming control of countries for the first time.  People are taking to the streets to claim women’s rights. Campaigns are echoing round the world in the form of hashtags, as with #inclusionrider, #timesup and #metoo. It is 2018 and, in spite of having seen many steps forward, women continue to earn less than men, even if they have a stronger educational background. Executive positions, in both public and private sectors, are overwhelmingly filled by men whilst the leadership capacity of women is still questioned by many organisations.

This data from various studies represents the reality of women around the world. It is also a reflection of a society that, throughout history, has constantly attributed different responsibilities to men and women. It begins in childhood (with unequal rules) and extends into adulthood (she takes care of the home and family; he studies and makes money). A survey carried out by Harvard Business School in 2015 even suggested that women are not promoted because they don’t want to be. Could it be that they really don’t want to, or are they committed to other social values that lead them to have other ambitions?

The absence of women in leadership positions has nothing to do with lack of ambition, according to the analysis of Boston Consulting Group (BCG), one of the most comprehensive surveys carried out to date. After listening to 200,000 employees from 189 countries, BCG concluded that women do indeed want to be part of top-level management, but the corporate environment puts them off pursuing their dream for the following reasons:

*Lack of opportunity within companies

*Policies that are insufficiently inclusive 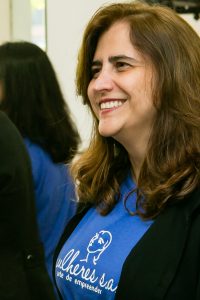 In the opinion of professor Flávia Ivar, president of Mulheres S.A, a Brazilian initiative that promotes gender equality in businesses, “women are now family providers and undertake more than men, even though they don’t have social and political representation”. According to her, professionals and executives did not consider this for a long time, but this is now changing. “Nowadays, society and entities like those I represent have been mobilising, the results of which have been taken up widely by the media. It is generating positive impacts. The new generation, for example, is growing up with a different view of this problem, and women who have been in the workplace for longer are taking a deeper and harder look at their role in society and corporate life. Nevertheless, many questions are still being raised and it is important for us to understand the real meaning of our struggle for total gender equality.”

According to Dasein president, Adriana Prates, this cultural change that will see women assume positions of greater importance within companies is still in its infancy. Global campaigns such as Paradigm for Parity and the recent Time’s Up are important for bringing the issue to the forefront. “Speaking more frankly and more systematically will promote the alignment between discourse and practice, which constitutes a pillar on which the agenda ‘women in management’ stands; it is an essential need for those companies that wish to grow intelligently.”

Prates highlights the fact that women are highly dedicated and have specific skills and a mental model that can undoubtedly contribute to a more competitive and sustainable management structure. Many companies have already noticed this; principally those that want to create sustainable environments for their people. These companies have already priced-in the inclusion of women, created mechanisms to stimulate this growth, and forbidden any type of discrimination, above all regarding salary, which is the most glaring inequality. They have also, albeit in an isolated manner, been using more intelligent and challenging business models, in which women feel increasingly motivated to participate.

Flávia Ivar points out that, despite the changes occurring very gradually within organisations, it is important to celebrate the good examples, such as WEP’s Brazil Award, which promotes gender equality in businesses.  Organised by Itaipu Binancional, the project has the support of the organisation UN Women. “The award further highlights the fact that some companies not only practice gender equality, but also stimulate its stakeholders to adopt the same attitude”. Itaipu itself is a good example, given that its boards are composed of 50% men and 50% women. According to the professor, another good business model is that of Itaú Unibanco, which, for the second consecutive year, features on Bloomberg’s Gender Equality Index.

Although we are witnessing a transformation in corporate policies in favour of women, Ivar insists that companies must introduce certain measures such as the rejection of inappropriate behaviour, training focused on diversity, and the implementation of different job formats, like flexible hours.  On the other hand, working from home, a practice defended by some women, she does not recommend. “I believe that a home office represents an evolution in the way of working, but it’s not a solution for gender equality as it further excludes women from interacting with their work colleagues.” She reinforces the idea that many professionals say they feel uncomfortable when the majority of participants in business meetings or events are men, and this needs to change. 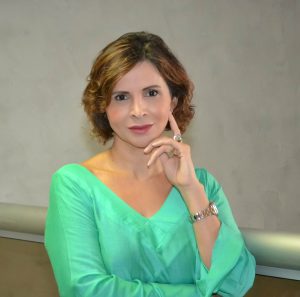 Adriana Prates stresses that equal opportunities must begin in the definition laid down in the strategic guidelines of an organisation and validated by its executive board. “This is the legitimate way in which to discuss how to attract women to positions of importance, to enable the exponential growth of their careers with no limits on how high they can fly, surprising shareholders and contractors. Policies that enable the use of their versatility and sensitivity to handle projects with a systemic view, bringing key elements to organisations that will enrich the organisation, social and competitive role of companies.”

The president of Dasein believes that the speed of change will be even greater moving forward. “The younger generations, like the millennials, that are coming to power are more balanced and see the ascension of women to the highest positions within companies as natural. Gender equality is more natural for them, as it should be. Older generations, with their old practices and theories, are slowly retiring, together with this insecure and prejudiced habit of ignoring a woman’s potential.”

Children do not diminish ambition for high-level positions

Children do not interfere in a woman’s level of ambition. With or without children, they want to seize leadership opportunities, states the BCG study.

The example makes all the difference

Being ambitious and determined is not enough

In the book “Lean In: Women, Work and the Will to Lead”, the author Sheryl Sandberg, chief operating officer of Facebook, encourages women to toughen up and adopt a more forceful attitude for their career to take off. However, the BCG survey and American specialists have criticised the author for this. According to them, it would generate isolated cases of success for a very restricted group. The ideal way forward is to demand change not only of female attitudes, but also that of corporations, demanding more equal structures, policies and opportunities.

As we headed out, I noticed that he soon...
“Who cares wins”. This was the title of the...

Stuck and Not Getting Results?

The Four Levels of Leadership Clarity